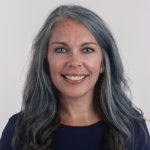 Courtney Durrett is serving her first term on the Knox County Commission, having been elected to represent District 2 in August, 2020. Born and raised in the 2nd district, Courtney and her family have lived here for 4 generations. She attended Belle Morris Elementary, Whittle Springs Middle and Central High Schools. Courtney graduated from the University of Tennessee with a Bachelor of Arts in Political Science and a Master of Science in Education.

In between earning her degrees, Courtney worked for the Tennessee Senate Clerk and then the TN Department of Economic and Community Development. After completing her Master’s, she taught Government and History at Clarksville High School in Clarksville, TN and Austin-East High school in Knoxville and is currently a substitute for Knox County Schools. She also works part-time for the Office of Neighborhoods as the Neighborhood Conference Coordinator.

Courtney is the president of the Fountaincrest Neighborhood Association which she founded in 2016. She is the Volunteer Committee chair for the Fountain City Elementary PTO where her children attend. Courtney is also a member of the City of Knoxville’s Neighborhood Grants Committee. In her spare time, she enjoys baking cakes, playing the piano and guitar, regular trips to Zoo Knoxville with her family, having movie nights in her backyard and gathering with family and friends.

Courtney and her husband Ruf live in Fountain City with their 2 children, Josephine and Finn, their two dogs, Lemon Pupsicle and Duke Blueberry and cat Blackberry Raven. Ruf is the owner and operator of Fountain City Fix It.